Written by Quadency Support
Updated over a week ago

Use this bot to place smarter orders with a profit target and a stop-loss level (fixed or trailing). The bot can be used to enter both long and short positions allowing you to profit no matter which way the market is moving.

As a bonus, the bot uses "hidden" orders for take-profit and stop-loss levels. Hidden orders are tracked internally by the bot and not sent to the exchange. This has the benefit of preventing other traders from seeing your orders in the order book and your funds are not tied up in resting orders.

How does it work?

Upon start, the bot will send a market order to buy (or sell) the specified amount at the exchange. It then monitors the market in real-time and checks your defined take profit and stop-loss levels to see if they've been reached. Once one of these levels have been reached, the bot will place a corresponding market sell (or buy) order to close the position and take profit (or cut your loss). The bot automatically stops once the position is closed.

Here are a few examples that illustrate how this bot works:

The example above shows a classic long position with fixed stop loss and profit target. The stop loss remains fixed at defined level (calculated from the entry price). Once the profit target is reached, the position is closed by selling the acquired number of asset. 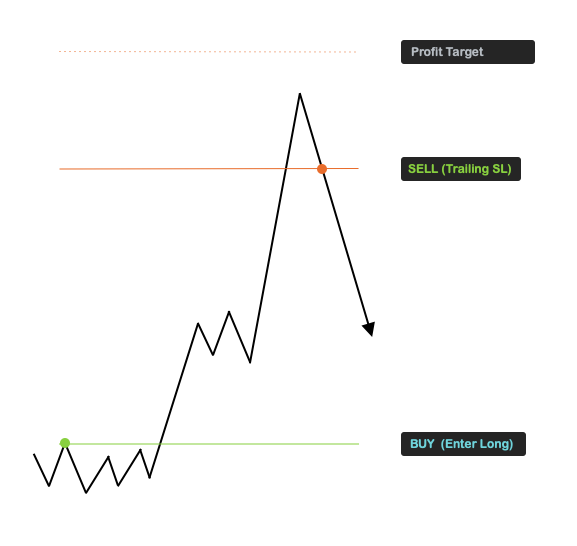 Above is an example of a long position, but with a trailing stop. The trailing stop is adjusted automatically as the price moves upwards (calculated from the peak or highest price the market reaches). If the market starts to drop before reaching our profit target, the stop-loss freezes allowing us to lock in profit at that point.

In the example above, we illustrate a classic short position with a fixed stop-loss and profit target levels. Shorting is accomplished by selling the asset in hopes to buy it back cheaper. Once either the stop-loss or profit target are reached, the position is closed by submitting a "buy" order for the corresponding amount and the bot is stopped. 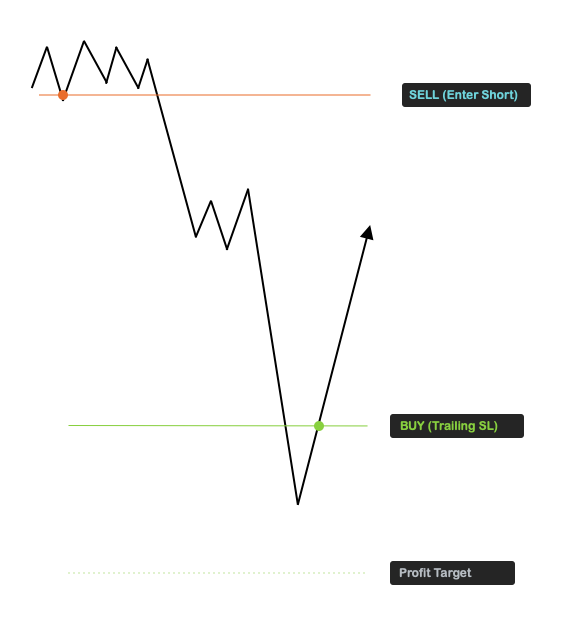 In the above example, we use a trailing stop instead of a fixed one. This allows us to lock in profit if the market reverses before our profit target is reached. 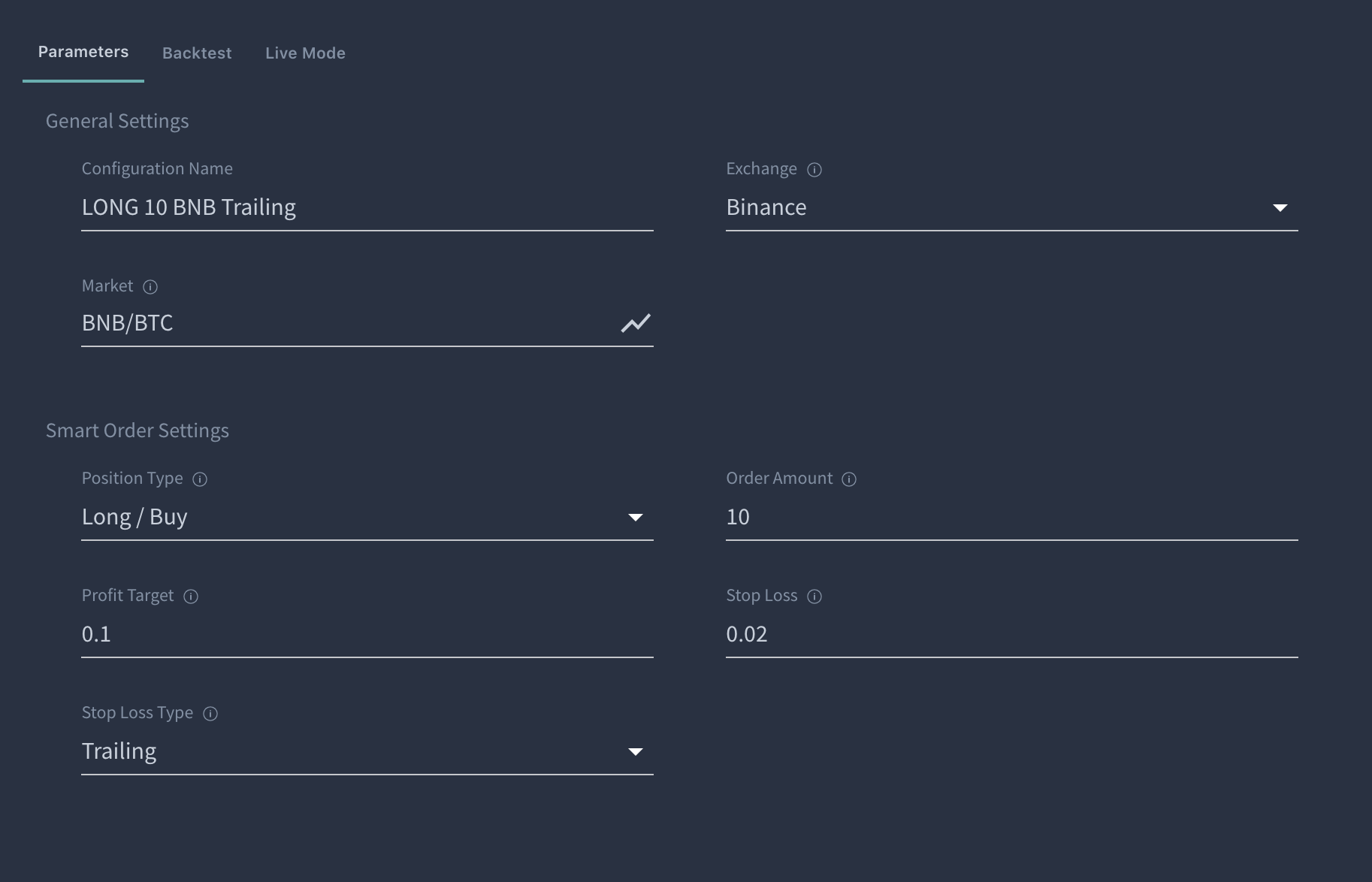 Note: Stop-loss and Profit Target levels are not shown on the chart. This is an improvement that will be introduced in the near future.

Did this answer your question?